A summary of notable weather events from across Northamptonshire. 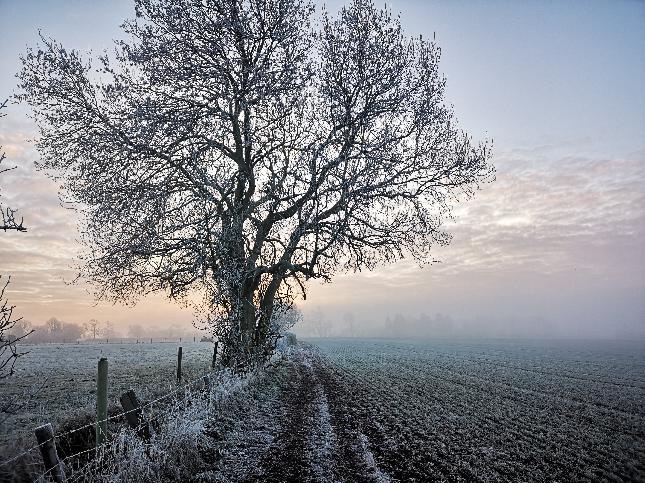 Left: Trend in temperature recorded at Pitsford beginning just before 1800GMT on 4th culminating in the 'ice day' on the 7th. Right: Early mist and fog quickly lifts to sunshine, but temperatures remain below freezing with frost lingering all day.

The cold weather continues with another ice day being recorded at Pitsford. Temperatures during the afternoon hover just below freezing with a maximum of -0.1C. Patchy mist and fog also lingers in places throughout much of the day. 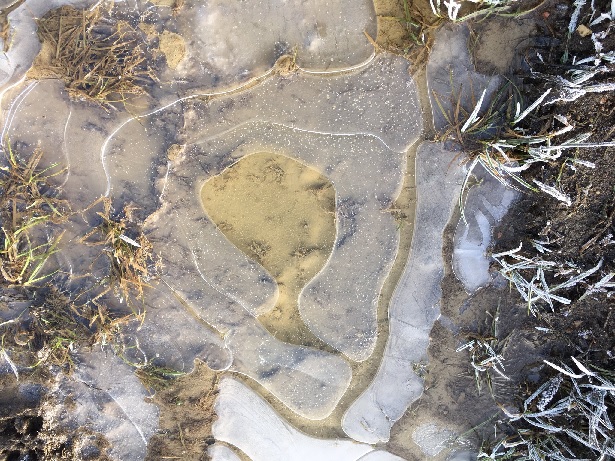 Above: a common feature of the current frosty weather across the county - so-called 'cat ice' forming in puddles. Cat ice is a thin sheet of ice from which the water underneath has receded, leaving it supported only at its edges. It is so named because it might support the weight of a light-footed cat, but no more.

Two unseasonably warm days are recorded at Pitsford - 21.8C on the 30th and 22.6C on the 31st, making these the warmest March days locally since 1968.