Marked squall works south-eastwards across the county accompanied by hail and thunder. Wind speeds at Pitsford increase suddenly to 52 knots (60mph) at 15:30 and there are reports of structural damage to properties in Cottesbrooke. 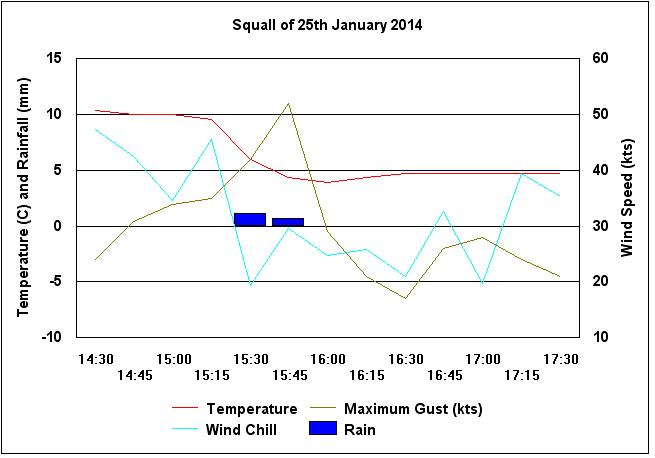 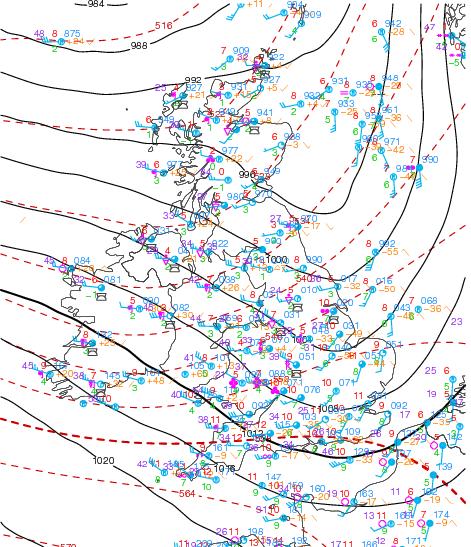 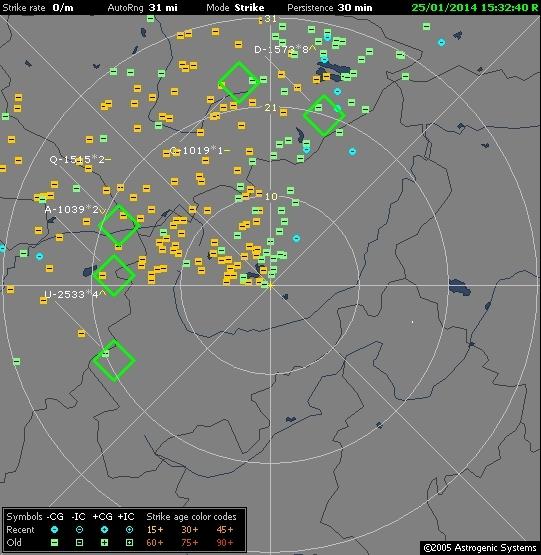 Trends in temperature, wind speed & wind chill (left), synoptic plot (middle) and thunderstorm distribution (right) for the squall event of 25th January 2014. Click on images to open into a new window. Note: the rainfall record on the graph is unreliable as the sensor 'locked up' during the storm. However, 3.4mm of rain was captured by the 5" gauge over the same period.

Month ends as the wettest January in Northampton since 1939. Other stations in the county report even higher totals and their wettest January on record. Click here to access the full weather report for January 2014.

Unsettled weather continues as depressions continue to track across the British Isles. The low, pictured, tracks north-eastwards driving strong winds and outbreaks of rain across the county. Peak gusts reach 54mph at Pitsford at 11:16am. 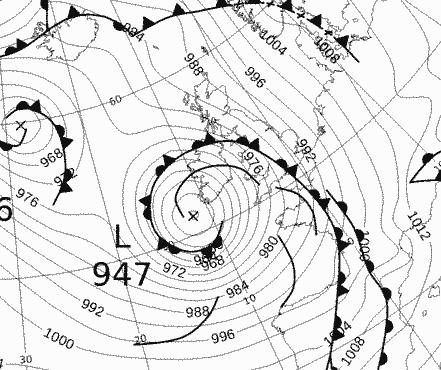 With the first week of February barely at an end, Pitsford is recording 65.5% of the normal monthly total for February. The total stands at 27.0mm, with 21.lmm (just over half the usual February total), falling in the 24 hours from 0900 on the 6th.

Another deep low tracks slowly north-eastwards across the British Isles driving strong winds across many areas. The day records some good sunshine, 5.2 hours, although winds increase significantly through the day, gusting to 62mph at Pitsford at 14:19. 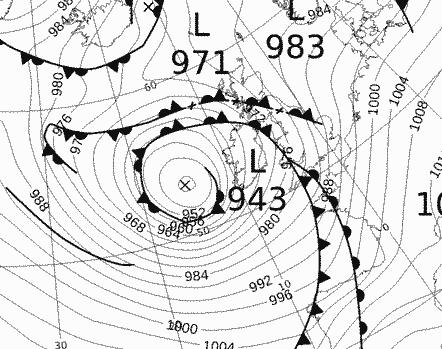 The Enviroment Agency has a flood alert in place for the River Nene at Billing Aquadrome and nearby business parks including the Riverside Business Park and Crow Lane Industrial Estate.

The agency also has a flood warning for low-lying undefended areas of the River Nene between Daventry and Billing. Its warning added: “Tributaries may also affect Daventry, Weedon, Badby, Nether Heyford, Bugbrooke, Blisworth, Collingtree, and Moulton.”

Paul Mustow, Flood Risk manager at the Environment Agency, said: “We’re preparing for yet more heavy rain, which is falling on already saturated ground following the wettest January on record.

Following a rise in the level of the River Nene, the Northampton washlands near the Cogenhoe Mill Caravan site are used to store water to protect nearby properties. The Environment Agency has said river levels are expected to remain high for the next few days as the washlands empty.

Another low tracks across the north of the UK driving frontal systems eastwards. The passage of the cold front across the county is marked by a significant gust front and squall. Wind speeds reach 51mph bringing a tree down on the site of Pitsford School and temperatures drop from 6.2C to 1.4C in the space of half an hour. The heavy rain turns briefly to snow as the system moves through. 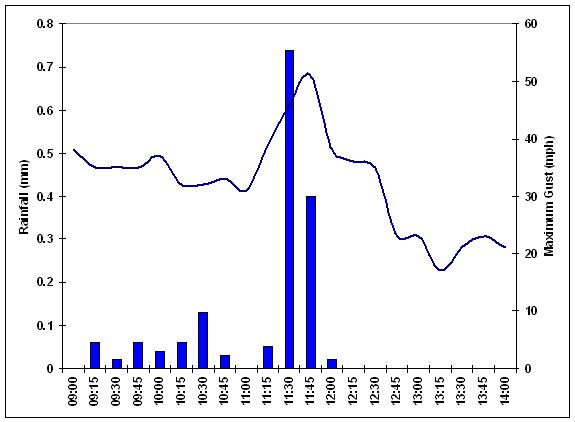 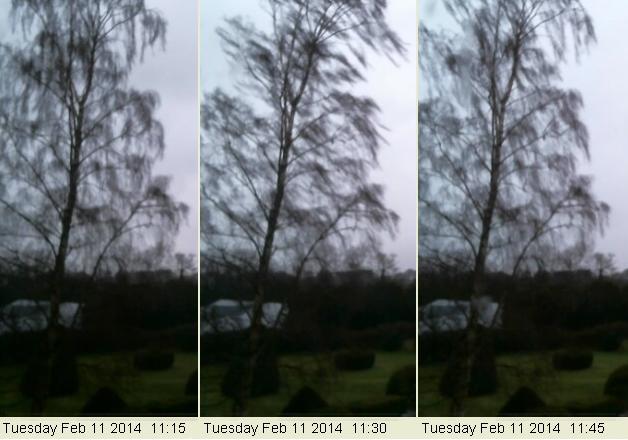 Tree being violently shaken during the 11 February squall, captured by one of the weather station's web cams.

The weather extremes documented here are generally only those observed at Pitsford School Weather Station. Unconfirmed reports received of extreme events in other parts of the county are indicated by *.